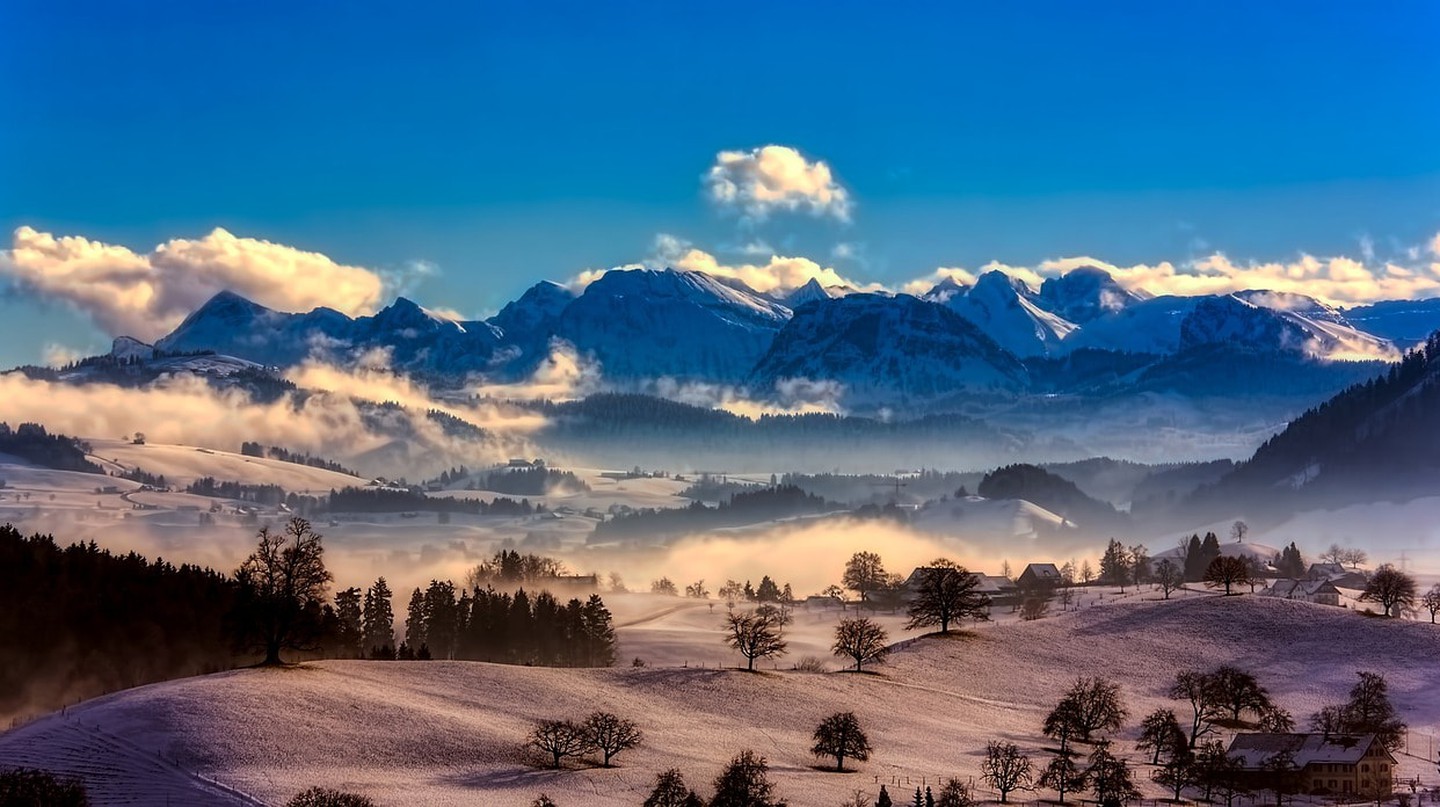 So you’re in your twenties. You’re young, curious and full of energy, right? No matter what piques your interest, whether it’s late-night partying or high-adrenaline skydiving, Switzerland’s got something for you. Take a look at our list of 20 of the great things you can do on your Alpine trip.

Switzerland is a country blessed with boundless natural beauty. We’ve listed 17 of the best and most spectacular natural wonders, some of them more strenuous to reach than others. Jot them down and visit each and every one. Along the way, it’s certain you’ll discover plenty more.

Embark on a bike ride you won’t forget

Across Switzerland there are so many great cycling routes and over 12,000 kilometres of trails to follow. Pass through the Alps or tour the country’s most beautiful lakes, taking all the time you need to take photos or explore the surrounding countryside. Take advantage of that youthful vitality and get out to discover the best of Switzerland.

Party in luxury at the Chlosterli Club

Housed in a 18th century chalet, the Chlosterli Club is said to be one of the most luxurious nightclubs in the world. A chic and expensive, restaurant by day, the Chlosterli is transformed into a hip tourist hot spot by night in the glitzy ski resort of Gstaad.

Check out a local comedian

You may think that Switzerland is all straight-laced and conservative (a stereotype many Swiss hate), but it’s not all bank accounts and cow bells. The country has got a sense of humour, admittedly it’s well hidden, but there is a great comedy scene of its own. Here are just a few up and coming Swiss comedians you should keep an eye on. Find out more at the Swiss Comedy Club.

Visit the unusual side of Switzerland

Want to visit a museum dedicated to stuffed frogs? Or would you rather learn about the intricate details of disease at the Moulagenmuseum, which boasts the world’s largest collection of wax models of skin-changing diseases? Step away from the well-trodden tourist trail and embrace Switzerland’s alternative culture with our handy guide.

It’s simple, there is no better place in the world to find so much top-quality chocolate. The Swiss were at the forefront of a lot of innovation in the world of chocolate making and that stands true today. Visit a chocolate factory or some of the many chocolatiers that ply their trade across the country and don’t forget to pack your bag with plenty of treats.

The mythical, hallucination inducing liquor that was infamously banned throughout the world is making a comeback. You can discover the history of wormwood and the making of absinthe along the Absinthe Trail, a cross-border jaunt through France and Switzerland that stops of at farms, distilleries, old smuggling routes and more.

Stay in an open-air hotel

This open-air hotel, more like a bed on a hilltop, is all the rage in Switzerland at the moment, in part because of the luxury, personal butler service that comes included. More will soon be opening across the country. 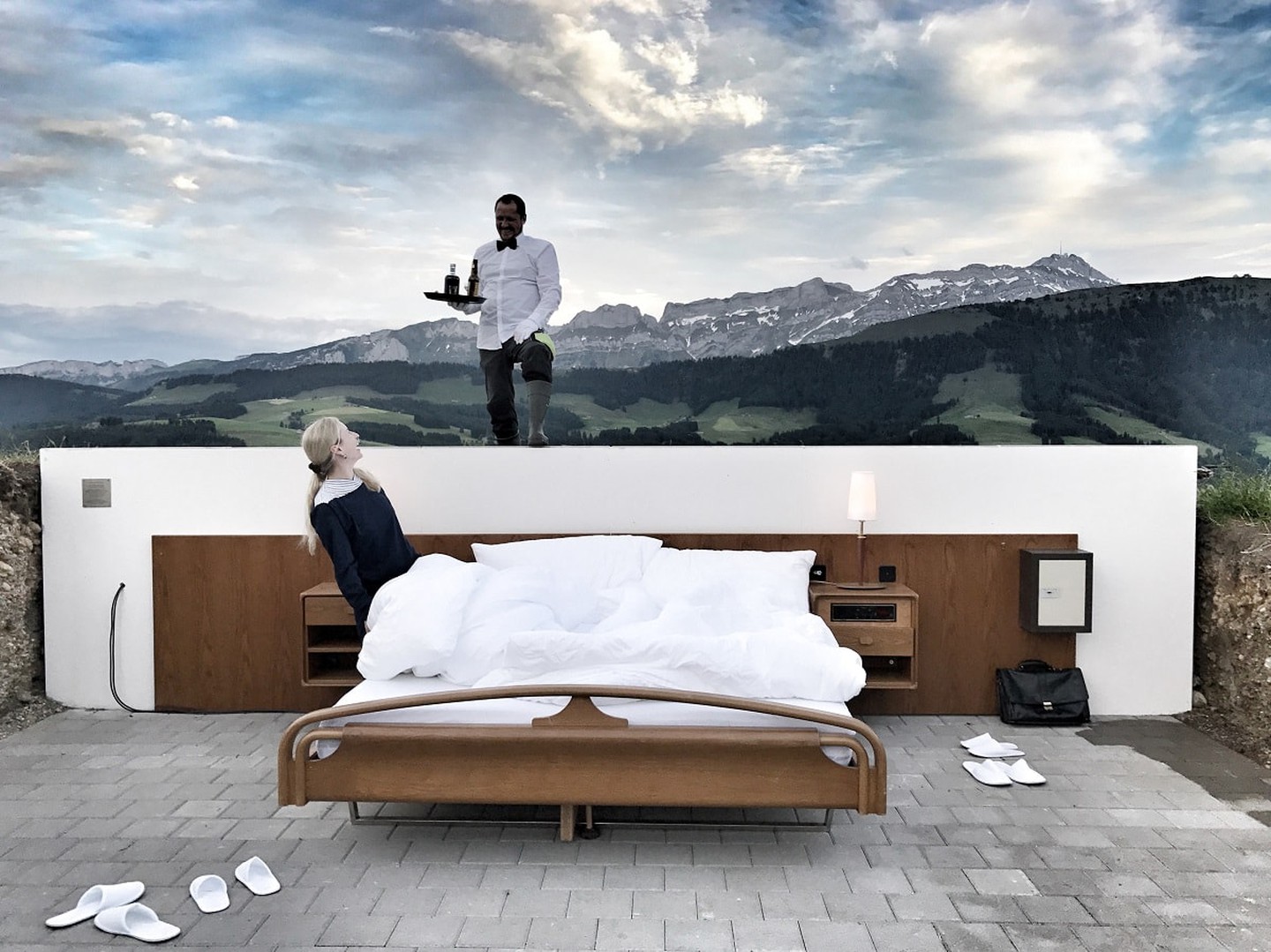 Your twenties is all about trying out new things and who knows, maybe you’ll be the next master yodeler? The best place to learn is the tiny canton of Appenzell where it’s possible to take a class, or several if you become hooked.

Bounce along Geneva’s lakeside to techno and electronic music at the height of summer. The annual Lake Parade sees thousands from all across Switzerland and beyond descend on Geneva for hours of partying as 13 massive trucks boom to different styles of music.

Don’t look down on the Trift Bridge

You’re young and daring, so a 170 metre long bridge hanging 100 metres from the valley floor won’t be a problem, right? In the good old days, it was possible to walk to one of the Swiss Alpine Club’s many huts by traversing the Trift Glacier, but due to pesky climate change the bridge is now the only way. It’s a hike you’re sure not to forget.

Head to the chilled resort-like town of Montreux on the edge of Lac Lemán and take in music from the best of the best in the world of jazz. The festival spans a couple of weeks in late June through to July and has plenty of free shows if you are travelling on a budget.

Switzerland’s biggest open-air music festival spans six days and takes place in July, near Nyon. It brings together over 200,000 fans from across the world to enjoy the best of rock music. Paleó always features big headliners, as well as new and upcoming artists. Book early as tickets always sell fast.

Jump out of a helicopter at Interlaken

You don’t get much more thrilling than diving out of a helicopter at high-altitude, with the snow covered Alps stretching out before you on all sides. You can do exactly that at Interlaken, one of the best spots for skydiving in the whole country.

Get up early at Basler Fasnatch

Basel’s three-day festival kicks off cold and early at 4am in the morning. Dust off that morning sleepiness and watch as costumed drummers and pipers march through the city’s old streets. Things don’t stop there as shows take place throughout Basel, while plenty of food and drink can be enjoyed. 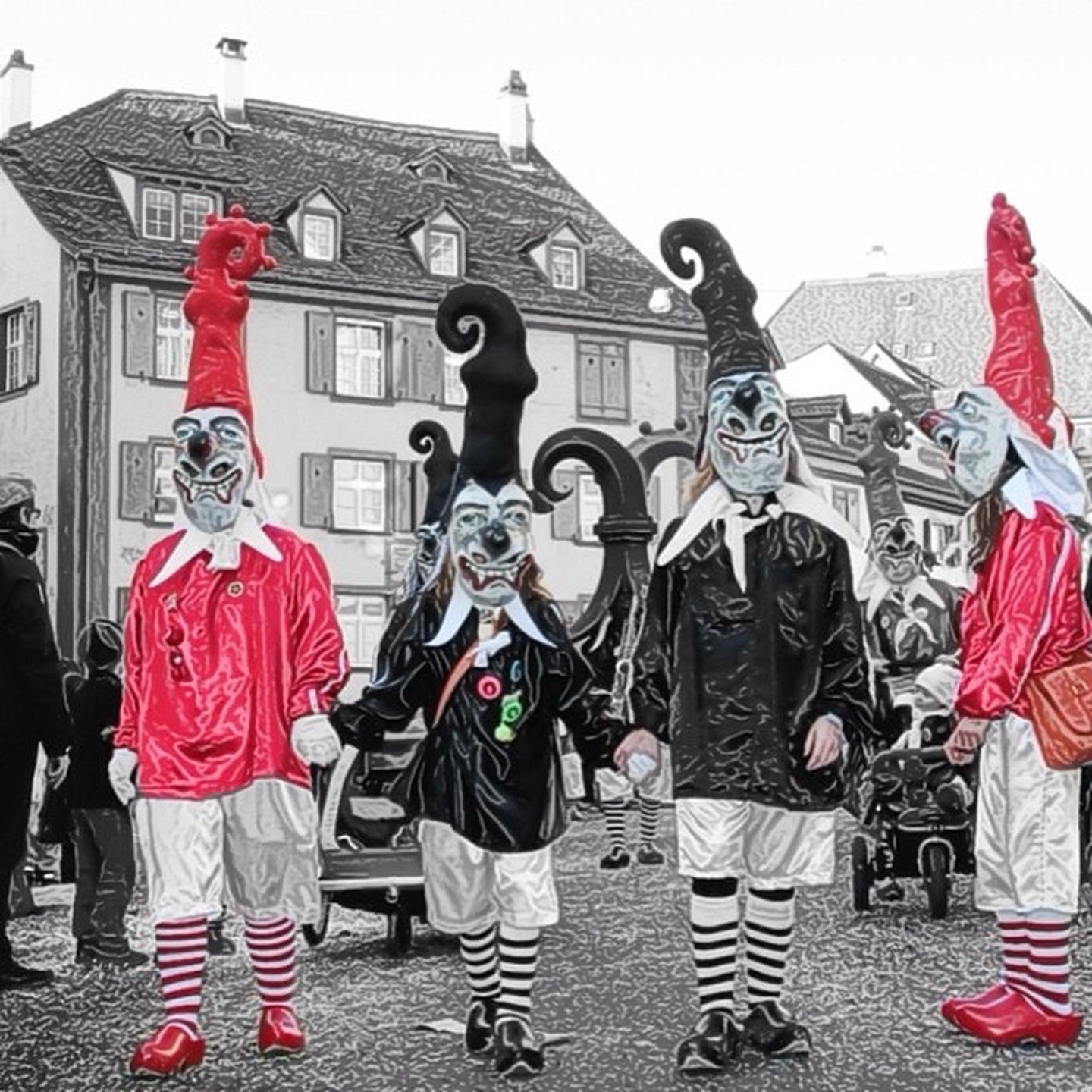 Tackle a canyon in Ticino

Ticino, on the Swiss-Italian border, is a canyoner’s dream. Rivers, gorges and gulleys are abound in this beautifully pristine natural area and you can traverse many of them. If it’s your first team then don’t fret, there are plenty of easier challenges to take on as well.

Taste the best Swiss wine at the caves ouvertes

Spring is one of the best times in Switzerland, the temperature rises and the sun hangs ever higher in the sky. But it also means the famous caves ouvertes are approaching. It’s a time when wine makers crack open their barrels and sell as much local wine as you like for the lowly price of one glass.

Switzerland’s biggest party kicks off in August each year as the streets of Zurich are packed with party-goers. Chuck on your most colourful outfit and hit the streets to the sound of techno blaring from over 30 ‘love mobiles’. At the end of the dance-stepping through the streets, DJs decks, dancefloors and stages unfold in front of Zurich’s lake.

Get to know the world of Dadaism at Cabaret Voltaire

The Cabaret Voltaire in Zurich is where Dadaism was born. Today it still stays true to its heritage and displays regular off-the-wall art exhibitions and events. Head over there, take a drink and absorb the altogether rather odd atmosphere.

In shops throughout Switzerland it’s possible to buy marijuana, completely legally. But it’s low on THC, which is what gives the ‘high’, so it’s not going to leave you in a plastered state. Police can still stop and demand a test on your product, if it’s below 1 percent THC then all is good and it’s legal, if not (and you’ve bought it somewhere else) expect a fine.

6 Magnificent Mountains In Switzerland For A Dreamy Alpine Vacation_qh