A rebel tune written by a co-founder of the original Irish Republican Army (IRA), the song chosen as the national anthem by the Irish state has been a source of contention throughout its fraught history. As Ireland continues to commemorate the centenary of the 1916 Easter Rising that began its revolutionary period, we look at how ‘Amhrán na bhFiann’ came to be adopted as the musical expression of a new Irish national identity. 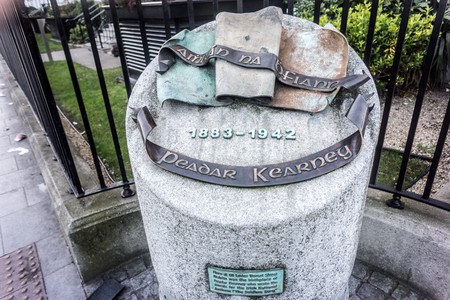 ‘Amhrán na bhFiann’ – ‘The Soldiers’ Song’ – was originally written in English in 1907, with music by Peadar Kearney – a member of the Irish Republican Brotherhood and author of many Irish rebel songs – and the composer Patrick Heeney. Written by a staunch republican, the lyrics are unsurprisingly and unapologetically nationalist, with lines like ‘Sworn to be free / No more our ancient Ireland / Shall shelter the despot or the slave.’ Once Liam Ó Rinn’s Irish translation was published in 1923, the English version became less and less frequently used.

‘The Soldiers’ Song’ was used as a marching song by the Irish Volunteers, a nationalist military organisation co-founded by Kearney that fought in the 1916 Rising. During the insurrection it was sung inside the General Post Office (GPO) on O’Connell Street, occupied by rebels and used as their headquarters. When the rising was over, Irish insurgents sang it while detained in internment camps. Its association with Irish nationalism only grew from there, as the Volunteers developed into the Irish Republican Army (IRA) that would fight a guerrilla war against UK security forces from 1919 to 1921. 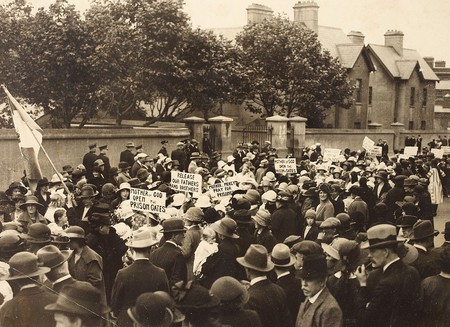 When the Anglo-Irish Treaty of 1921 ended the War of Independence but divided opinion in Ireland – literally splitting the country in two – the fledgling Irish Free State was understandably reluctant to choose a national anthem. Tensions between pro-treaty and anti-treaty forces, and between unionists and nationalists, remained high even after the resulting civil war had ended. Though ‘The Soldiers’ Song’ was already the unofficial paean of the Republic, Thomas Moore’s milder ‘Let Erin Remember’ was chosen as the anthem at the 1924 Olympics and other international events. The Executive Council only officially adopted the chorus of ‘The Soldiers’ Song’ as the Irish national anthem, amid confusion, in 1926. 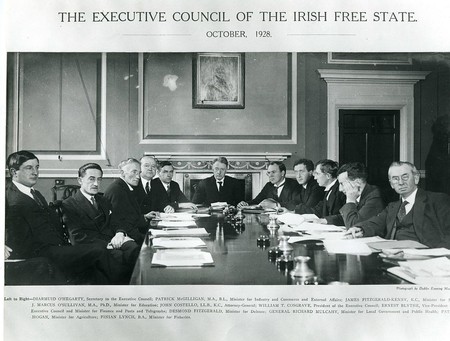 Loyalist banner and graffiti on a building in the Shankill area of Belfast, 1970 | © Fribbler/WikiCommons

The lyrics of the anthem have repeatedly been described by some as excessively militarist and divisive, most notably during the Northern Ireland peace process. There is still a powerful patriotic connection to the song for many, but as a fragile peace between unionists and nationalists has been established, questions about its suitability continue to be asked, given that it can be seen as being representative of the Republic and not the whole of Ireland. Others have pointed to the arguably even more violent lyrics of the French national anthem, suggesting the sentiments expressed are par for the course.

Today, the Irish rugby team sing a song called ‘Ireland’s Call’ at international rugby games instead of ‘Amhrán na bhFiann,’ in light of the fact that its members hail from both sides of the Irish border. The national hockey and cricket teams have followed suit. The Irish government’s copyright of’ ‘Amhrán na bhFiann’ – acquired for £1,200 in 1934 – expired in 2012 and hasn’t been renewed. Despite the song’s fame, both Kearney and Heeney died in relative poverty. 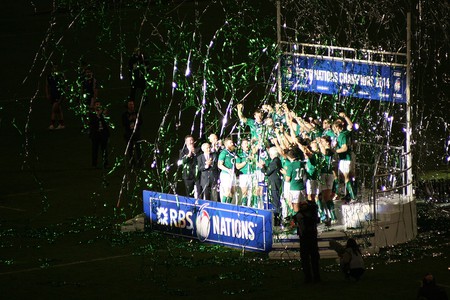 1 thought on “The Troubled History Of The Irish National Anthem_pi”